Jason and Andréa are called to plant churches by revitalizing, forming and making disciples for the glory of God in the local church of Victoriaville, Quebec, Canada. They hope to see the Gospel deeply impact the lives of the people, encouraging the proclamation of Jesus Christ, and to help instill the foundation of the Bible in hearts of the church. So why Quebec? Jason and Andréa have traveled there many times visiting family. Each time they fall more in love with the people and their desire for spreading hope to this people group increases exponentially — a hope that can be only found in Jesus. Their deepest goal is for the Quebec church to be filled with the fullness of the glory of God (Ephesians 3:14-19).

Jason grew up in Vancouver, Washington and spent his childhood involved in his church. As long as he can remember he has been a follower of Jesus, and has always desired a deeper relationship with God and for all his friends to have that same experience and knowledge. He was baptized at the age of 16 in a lake in Oregon. After graduating from high school he joined the military where he had the privilege of living in England and traveling around Europe. It was there where he first felt the call to ministry and a desire to seek those who don’t know Christ yet. Jason’s goal is to be a part of forming in believers a deep understanding of God’s word and a full identity in God the Father. Since graduating from Multnomah University, Jason has participated in several cross-cultural mission trips, led Bible studies, mentored youth and young adults, and served as an associate/youth pastor for a small church. He is currently working as a pastor in Québec on a revitalization project in the town of Victoriaville where there is very little Gospel presence. His desire is to follow God’s guidance and bring glory to God alone. Andréa grew up in a strong Christian family and asked Jesus to be her Savior when she was 6 years old. The Lord broke her heart for missions and the people of this world as she served in an orphanage and school in Nicaragua twice during high school. She then attended Trinity Western University to work towards her teaching degree. Her four years at this Christian liberal arts university was transformational in building a strong foundation, identity in Christ, and passion for women’s discipleship. She has since used her gift of teaching in the classroom (in Quebec and in the States) and in mentorship/discipleship relationships.

Jason and Andréa have been married since 2008. They have two daughters, Lydia and Madeleine, and a son name Luc as well a dog named Caleb.

Jason has a B.A. in Biblical Studies with a minor in Hebrew and English as a Second Language from Multnomah University, Oregon M.DIV. in progress, which will hopefully continue at SEMBEQ in Montreal, Quebec. Andréa has an M.A. in Teaching with English as a Second Language & French endorsements from Pacific University. She graduated from Trinity Western University with a General/Biblical Studies Major, Education Major, French Focus and History Minor. 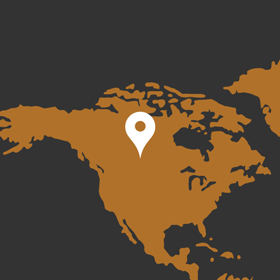